What Are PEADs and Why They Aren’t Scary

A wise person once said: “A Failure to Plan is Planning to Fail.” Presidential Emergency Action Documents, or PEADs, are secret, pre-planned presidential documents that respond to national emergencies. While few people know anything about these documents, they are not as scary as they sound. It is just good planning.

Emergency powers are not in the Constitution, and no statute gives the President powers. Still, the idea of planning an emergency response is not new. PEADs were birthed during the Eisenhower administration in case of a nuclear attack and have continued for use in other emergencies where the regular operation of government is impaired. Said another way, PEADs are pre-made response plans to implement presidential authority in response to extraordinary, but PREDICTABLE, emergency scenarios. These messages to Congress are prepared so that they are ready to sign and put into effect the moment one of those emergency scenarios happens. Think about dire situations like an invasion of the mainland United States, nuclear Holocaust, and Great Famine-level disasters where the entirety of the country is in jeopardy. These draft executive orders have been continually updated throughout the years and can be compared to a form letter. In an emergency, the metaphorical skeleton is ready, and the President merely tailors the document with the relevant details before delivering the messages to Congress and the nation. Once this order is revealed to the public eye, the order presumably would outline our nation’s response.

“Secret” papers sound suspicious, but they are not. The White House does not want these out in the open because they reveal national strategy to catastrophic events. Imagine a football team handing over their playbook to the other team months before they play. Additionally, Congress is well aware of the existence of PEADs. We know this because other unclassified documents discuss the existence of PEADs, and Congress approves the budget to allow these PEADs to be updated. Each PEAD requires a staff of approximately 5-10 writers and dozens of expert consultants to continually update them. Remember, these are very complex documents only brought out during objective emergencies. While the law requires the executive branch to report sensitive information, such as covert military and intelligence operations, to the appropriate congressional committee, there is no evidence that PEADs have ever been shared with the relevant congressional committees. While this may be an uncomfortable thought, and there is a solid argument for believing there needs to be more oversight, that discussion is outside the scope of this piece.

An important side point is to clarify that PEADs do not mean martial law. Suppose martial law, the displacement of civilian authority by the military to enforce the rule of law, was declared. In that case, all bets are off, and martial law could exist “until the laws can have their free course.” A perfect example would be the courts’ incapacity due to invasion by a foreign power. PEADs are not martial law because there is both a Supreme Court case and statutes that make martial law illegal without congressional approval. The Supreme Court has never spoken definitely on martial law. Still, Youngstown Sheet & Tube Co. v. Sawyer (1952) provides a framework for analyzing exercises of executive power and would likely be used by a court to determine whether a president’s martial law declaration has exceeded executive authority.

Further, the President cannot go against Congress’s will expressed in their statutes. Congress has undoubtedly spoken on the matter by passing the Posse Comitatus Act (1878), which makes it illegal for federal military forces to participate in civilian law enforcement activities. Congress also passed The Insurrection Act (1807), which only allows the President to deploy troops to suppress things such as insurrection and rebellion domestically. Only if there is approval by Congress, or in extremely narrow scenarios, is martial law permissible.

Why don’t the courts review PEADs privately and then say whether they are legal? There are two reasons: (1) The Supreme Court could not review these documents and issue an opinion because that is an advisory opinion, which is a nonbinding statement by a court of its interpretation of the law on a matter submitted for that purpose; and (2) trying to determine constitutionality amid an emergency is not realistic. Opinion, Black’s Law Dictionary. Federal courts are constitutionally prohibited from issuing advisory opinions because they must involve an actual dispute before the federal court. This means that courts cannot give statements on potential legality in the future. Finally, if an emergency requiring the enactment of a PEAD occurs, it is also likely that the courts are not in a position to operate normally. Consider the disruptive effect COVID had on all cases. In a PEAD emergency, the disturbance would likely be magnitudes worse.

While it is prudent to have a healthy suspicion about the government, the public should not panic when they look upon PEADs. There are good reasons why these documents are not public, why PEADs are still within the balance of separation of powers, and why the courts cannot take a larger oversight role. PEADs will only be brought out under the most severe circumstances, and the United States will not be caught flat-footed. The United States has well-crafted plans and will not be known as a country that failed to plan. 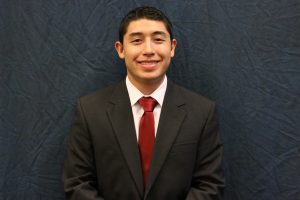 Cameron Woo is a member of the Class of 2021 at the University of Mississippi School of Law. Cameron will sit for the Texas Bar Exam after graduation.