The Game of Reviewing Qualified Immunity: If not now, then when? If not you, then who?

In what began as a citation stop, led to a detailed speech by Judge Reeves calling for change.[3] Judge Reeves’ order brought to light the origin and systemic nature of qualified immunity, demonstrating the prevalence of this issue. The Supreme Court reasoned that certain immunities were so well established in the Civil Rights Act of 1871 that they presumed Congress would have specifically provided if it wished to abolish them.[4] In Pierson v. Ray, the Supreme Court held that officers should be shielded from liability when acting in good faith.[5] Thus, the Supreme Court created qualified immunity.

Judge Reeves analyzed how qualified immunity has since changed. A doctrine which once sought to protect officers who acted in good faith now “protects all officers, no matter how egregious their conduct, if the law they broke was not ‘clearly established.’”[6] The way “clearly established” is determined is that it must be “beyond debate” that the officer broke the law. Thus, unless every reasonable officer would understand that what he is doing violates the law, an officer cannot be held liable.[7] This high standard allows a lot of officers to be granted summary judgment, thus dismissing defendants at the earliest stage possible to not burden the courts. However, federal judges spend a lot of time trying to discern whether the law was “clearly established beyond debate,” but that involves asking people who love to debate (lawyers) to determine whether something is debatable.[8] Although Judge Reeves addressed strong flaws in this doctrine, he stated that because it is the law, he is bound by it and grants qualified immunity.[9]

While there are strong arguments opposing qualified immunity, there is a flip side to the debate. Those in favor of qualified immunity argue that officers and public officials need qualified immunity to carry out their jobs as sometimes they require split-second decisions in stressful circumstances.[10] Though qualified immunity is difficult to battle, it still does not provide absolute immunity and, in some cases, officers can still be held liable if they violate a clearly established constitutional right.[11]

It is completely understandable why there is a debate as to abolishing qualified immunity. It is a dangerous thought to allow those in positions of power to be “untouchable.” However, it is also a dangerous thought to be in a position of power and be held liable when attempting to do good. It only seems fitting to find a balance between the two.

As citizens, we want to place trust in those in charge of creating and upholding the law. There is a reason this doctrine has been in existence for so long. Justices and Judges take an oath before performing the duties of their office where they agree to uphold the law.[14] The bigger issue here is not that we have a doctrine with an on-going debate, but the fact that we have Judges and Justices who feel they have no power in resolving the debate. Federal Judges, like Judge Reeves, vehemently oppose this doctrine, but feel they have no power to make change happen. The Supreme Court constantly refuses to review it, leaving it to Congress. There needs to be a point where the Judges and Justices we have in place feel capable of creating change.

Since its conception, qualified immunity has been reconstructed and analyzed. As Judge Reeves said, “Let us waste no time in righting this wrong,” but it seems that is exactly what the Supreme Court is doing by passing the ball to Congress only to potentially have Congress pass it back to the Supreme Court allowing this important issue to remain stagnant.

[6] Id. at 31 (“This ‘clearly established’ requirement is not in the Constitution or a federal statute. The Supreme Court came up with it in 1982.”).

[10] Qualified Immunity: Both Sides of the Debate, FindLaw (June 25, 2020), https://supreme.findlaw.com/supreme-court-insights/pros-vs-cons-of-qualified-immunity–both-sides-of-debate.html.

Lynette is from Huntsville, AL where she attended the University of 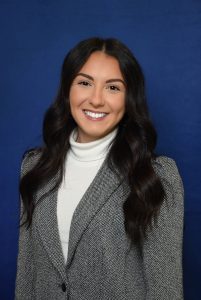