By Matti Reightler, University of Mississippi School of Law, Class of 2022

“Is fraud within the pharmaceutical industry the exception, or is it, simply put, their business model?” – Senator Bernie Sanders (I-Vt.)[1]

Successful litigation against fraudulent pharmaceutical manufacturers is vital to protect consumers from deceptive and injurious conduct. However, litigants face serious challenges when civilly arguing under the Racketeer Influenced and Corrupt Organizations Act (hereinafter “RICO”) in an attempt to hold manufacturers liable.

RICO is notoriously known for prosecuting major criminal enterprises and high-level mobsters.[2] However, many may not know that RICO also takes on a civil form. Civil RICO is heavily utilized today when pursuing pharmaceutical fraud causes of action against drug manufacturers. Particularly, a circuit split exists regarding whether consumers and third-party-payors, like insurance companies, can successfully prove proximate cause under civil RICO by arguing that they would not have paid for a drug had the manufacturer disclosed a known safety risk.[3] Conversely, the manufacturers allege that the chain of causation is broken through a doctor’s prescription of the drug, resulting in no proximate liability for subsequent purchase.[4] Plaintiffs in such cases face an uphill battle, all revolving around the proximate cause element of civil RICO.

The Supreme Court has held in civil RICO cases that in order to prove causation in civil RICO cases, there must be a “direct relation between the injury asserted and the injurious conduct alleged.”[5] Therefore, as long as Defendant’s conduct is not too attenuated from the harm that results, proximate cause should be satisfied.[6] This is precisely where the conflicting opinions reside.

The First, Third, and Ninth Circuits reflect consumer-friendly decisions. They determined that plaintiffs relied on the misrepresentations and omissions of “X” company when purchasing the drug, despite the opposing argument that plaintiffs mainly relied upon their prescribing doctor, thereby breaking the chain of causation. The conduct of the manufacturer in each circuit included:

Therefore, justice should always require that pharmaceutical companies be held liable when they engage in fraudulent conduct to the detriment of consumers.

However, the Second and Seventh Circuits reflect consumer-unfriendly opinions. For instance, in the Second Circuit, Eli Lilly manufactured a drug to treat schizophrenia and certain aspects of bipolar disorder, which was FDA approved.[10]However, Eli Lilly promoted off-label uses and misrepresented side effects including hyperglycemia, weight gain, and diabetes.[11]  Nevertheless, the court found that the plaintiffs relied more so on their physicians’ advice to purchase the drug, rather than the fraudulent misrepresentation by Eli Lilly.[12] Among other things, the court took into consideration a doctor’s knowledge, prescribing experience, and patient’s history and condition.[13] Thus, the chain of causation was broken by the doctor.[14]

In the Seventh Circuit,[15] Abbott Labs fraudulently marketed their drug, which was FDA approved to treat “seizures, migraine headaches, and some conditions associated with bipolar disorder.”[16] However, the off-label uses promoted included: schizophrenia, dementia, and ADHD.[17] This case was brought by third-party-payors (hereinafter “TPPs”). The court ruled that the TPPs were too far removed from the conduct of Abbott, stating: “improper representations made to physicians do not support a RICO claim by Payors, several levels removed in the causal sequence.”[18] In both cases, the manufacturers’ conduct was too attenuated to proximately cause the consumers’ and TPPs’ economic injuries.

Doesn’t something feel wrong about such decisions? Civil RICO is arguably helping permeate a culture of fraud within the pharmaceutical industry. The proximate cause burden should not be as rigid when a manufacturer knowingly fails to disclose a safety risk or fraudulently markets a drug.

The Second and Seventh Circuits’ decisions call into question the need for a uniform application of law to avoid detrimental decisions to consumers. Therefore, a private right of action should be granted to plaintiffs under Section 5 of the Federal Trade Commission Act (hereinafter “FTC Act”). This would provide both a route far away from proximate cause and the strongest protection for consumers against pharmaceutical manufacturers. Inconsistent results in civil RICO litigation could be cured by Section 5.

Section 5 of the FTC Act primarily protects consumers from unfair and deceptive practices, designating such acts as “unlawful.”[19] Under the FTC’s Policy Statement, which was released to further the public’s understanding of deception, deceptive practices are defined as: “involving a material representation, omission, or practice that is likely to mislead a consumer acting reasonably in the circumstances.”[20]

Under Section 5, the burden lies with the FTC to prove that an act was deceptive and reasonably relied upon.[21]However, the FTC does not have to prove proximate cause, unlike plaintiffs in civil RICO cases.[22] If the FTC believes Section 5 has been violated, it has the ability to “investigate the claim, file a complaint, conduct administrative hearings, or issue cease and desist orders.”[23] Respondents to a violation may then settle or try to dispute the claims.[24] If respondents choose to litigate and a determination is made that the act or practice was unfair or deceptive, the FTC can issue a cease and desist order.[25]

The FTC then has the ability to obtain civil penalties from any subsequent violators of the order.[26] The civil penalties consist of up to $11,000 per violation if the act is unfair or deceptive and was done so knowingly, or can be inferred based on “objective circumstances.”[27] Therefore, civil RICO plaintiffs would instead have the ability to file for injunctive and monetary relief— just as the FTC enjoys under Section 5.

Furthermore, the FTC may issue warning letters.[28] The warning letters address any violations of the FTC Act and mandate recipients to immediately stop their deceptive behavior or issuance of false claims.[29] The FTC can then seek a federal court order that requires recipients to refund consumers any money lost due to the violative behavior.[30] In civil RICO cases, plaintiffs are seeking precisely this type of monetary relief.

Additionally, data suggests that the FTC is overwhelmed and cannot possibly advocate for every single report they receive in one year. During the FTC’s four-quarter year of 2020, the FTC received 4,720,743 consumer reports, of which 2,465 were fraudulent healthcare reports regarding over-the-counter/prescription drugs.[31] Amongst the top ten fraud categories reported by the FTC, healthcare is ranked at number eight.[32] In the FTC’s 2020 Annual Highlights Report, only eighty-two actions were filed out of the 4,720,743 consumer reports received.[33] Further, a total of ninety-seven orders were obtained on behalf of consumers.[34]

Therefore, the number of consumer complaints about fraudulent healthcare could be reduced if there was a private right of action under Section 5. A private right could provide more protection for consumers through the ability to pursue more actions and orders at the state level for healthcare enforcement—instead of strictly relying on the FTC.

Moreover, judges have implied a private right of action within many statutes in the past. There have been judicially implied rights under “the Railway Labor Act, the Communications Act of 1934, the Civil Aeronautics Act, the Air Commerce Act, the Federal Aviation Act, the Rivers and Harbors Act, the Wagner-Peyser Act, and the Securities Exchange Act.”[35] In the cases where there has been a judicially implied right, the plaintiffs needed to: (1) be within the group the act was meant to protect; (2) show an actual or economic injury; and (3) the injury must have stemmed from the unlawful conduct that the act was meant to protect against.[36]

Under this criteria, consumers who have suffered from pharmaceutical fraud should have a slam-dunk, judicially implied right of action under Section 5. These plaintiffs are in the group of people that the FTC Act was meant to protect: consumers. Further, plaintiffs have suffered an economic injury by paying for a drug they otherwise would not have had they known the safety risks. Lastly, their economic injury occurred because of the manufacturer’s failure to disclose known safety risks; and deceptive acts, practices, or omissions are declared unlawful under Section 5. Thus, all of the criteria to initiate a judicially implied right seem to be easily met.

In conclusion, pharmaceutical companies should not be able to mislead consumers solely for the motive of profit no matter where they fall in the casual chain. If civil RICO remains, consumers are going to continue to bring the same lawsuits under the statute, unless a better and more protective way is adopted. A manufacturer’s failure to disclose a known safety risk of a drug, or the fraudulent marketing thereof, can easily be categorized as either a deceptive act, practice, or omission under Section 5 of the FTC Act. As Senator Sanders has emphatically advocated, “the pharmaceutical industry is making money hand over fist while it systematically defrauds [consumers] . . . .”[37]

[21] See Stephanie L. Kroeze, The FTC Won’t Let Me Be: The Need for a Private Right of Action Under Section 5 of

[23] Id. at 232-33. (The FTC also relies heavily on “permanent injunctions to challenge cases of basic consumer fraud and deception.”) The FTC can also “impose monetary equitable relief to remedy past violations.” Id. at 235.

[35] James A. Castleman, Advertising, Product Safety, and a Private Right of Action under 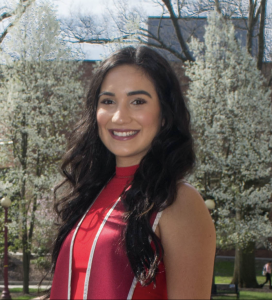 Matti Reightler is from Bethlehem, Pennsylvania, and is a member of the University of Mississippi School of Law Class of 2022. Matti attended the Indiana University of Pennsylvania where she played Division II field hockey and graduated Pre-Law with a Bachelor’s Degree in Political Science in 2019. Following Matti’s second year of law school, she was chosen as one of the 33 students nationally selected for the Janet D. Steiger Fellowship and worked in the Pennsylvania Office of the Attorney General within the Consumer Protection Bureau. After graduation, Matti plans to sit for the Washington, D.C. Bar and begin her career in consumer protection law.