Banished to the Bleachers on the Basis of Sex: How the Mississippi Fairness Act is Anything but Fair

By Julio Cazares, University of Mississippi School of Law, Class of 2021

In a post-Bostock world, trans and non-binary student-athletes must be allowed to participate in the sport of their choice that matches their gender identity.  Bostock states that “discrimination based on homosexuality or transgender status necessarily entails discrimination based on sex; the first cannot happen without the second.”[3] Title IX states, “no person in the United States shall, on the basis of sex, be excluded from participation in, be denied the benefits of, or be subjected to discrimination under any education program or activity receiving federal financial assistance.”[4] However, Senate Bill 2536 unconstitutionally mandates that Mississippi athletics segregate their teams based on “biological sex.”[5]  Additionally, Senate Bill 2536 runs afoul of NCAA standards which do not “require gender-confirming surgery or legal recognition of a player’s transitioned sex in order for transgender players to participate on a team which matches their identity.”[6]

Our future requires us to continue expanding our nation’s legal protections to vulnerable communities to avoid past mistakes. Some may say that transgender student-athletes possess an unfair advantage or pose a danger in locker-room settings. However, these claims fall short of scientific research, an understanding of the actual danger transgender people face,[7] and the fact that, regardless of their gender, athletes do not possess identical physical builds.  Governor Reeves should not waste his time and our State’s resources passing and defending moot points of law.  The University of Mississippi, Ole Miss Athletics, and the city of Oxford should make it abundantly clear they support transgender and non-binary student-athletes.  No less would violate the laws of our nation and place our university and community on the wrong side of history. 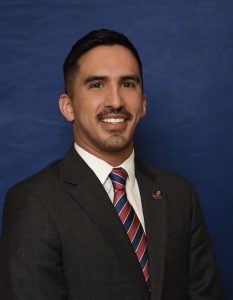 Julio Cazares earned his J.D. from the University of Mississippi School of Law in 2021 and is an EBSA Investigator for the United States Department of Labor.  Julio served as a Staff Editor for the Mississippi Sports Law Review and Legal Intern for the Ole Miss Athletics NCAA Office of Compliance. He received the faculty-selected John Robin Bradley award for his commitment to social justice and promise for the future of Mississippi and the nation.  The views expressed in this article are his own and not those of the United States Department of Labor.

An Unfair Law Compounding the Trifecta of Incongruence of Transgender Identity

By Sarah Schnaithman, University of Mississippi School of Law, Class of 2022

Scope of This Investigation

The final component of the trifecta of transgender identity is legal incongruence. Typically, when a baby is born and assigned a sex based upon the presence of specific external genitalia, a birth certificate will be issued by some legal authority.[7] Found on that birth certificate will be one of two sex designations, either “male” or “female.”[8] Once a person has been marked as “male” or “female” on their birth certificate, they are legally recognized as both that sex and that gender.[9] Remedies for legal incongruence involve getting the initial sex or gender marker on the birth certificate of a transgender-identified individual changed to reflect their self-identified gender.[10] Procedures for obtaining legal remedies vary by state, but often require obtaining a court order.[11]

Typically, to be granted a court order to change the legal gender determination, counseling and/or medical treatment, such as surgery or Hormone Replacement Therapy (“HRT”), may be required.[12] Likewise, the standard practice in the medical community is to require psychological interventions prior to undergoing any medical procedures or interventions.[13] As such, there can arise a conflict between what Westbrook and Schilt called a “biology-based” and an “identity-based” determination of gender.[14]

The passage of Senate Bill 2536 unnecessarily compounds the trifecta of incongruence related to the identity of transgender citizens of Mississippi. Now, not only must transgender individuals navigate the legal system to ensure that they have appropriate identity documents and a multitude of systems of healthcare for their biological and psychological wellbeing, but they will likely be denied access to the appropriate single-sex athletic team.[15]

Looking at the subjective intent of statutory language from the perspective of the legislators who drafted it, in 1964, the interpretation of “sex” would have implied no difference between biological and socially constructed “males” and “females.”[16] However, missing in the interpretation of “sex” are the crucial proceeding words, “on the basis of.”

The statutory language of the Civil Rights Act prevents discrimination “on the basis of sex.”[17] A cause of action based on this type of statute must show a causal relationship between two sets of facts.[18] Applying the meaning of “sex” using the most conservative lens would still classify “transgender-ness” as a “sex” issue. If the conservative justification for discriminating against transgender females is that they should be considered and treated like men, how is that not “on the basis of” their sex? Since there is “no objective, socially agreed upon test for determining who is male and who is female,”[19] legislation defining transgender females as males is per se “but-for” sex.[20]

In Bostock v. Clayton Cty., Georgia, the United States Supreme Court held that discriminatory cause of actions “because of sex” legally applies to transgender individuals.[21] Derived from the Supremacy Clause of the United States Constitution, courts have recognized a federal preemption doctrine, with the ultimate goal “to determine whether state regulation is inconsistent with a federal law.”[22] “Conflict preemption” best applies in the relationship between Senate Bill 2536 and Bostock.[23] A conflict arises “when compliance with both federal and state regulations is a [legal] impossibility.”[24]

On March 8, 2021, President Biden issued Executive Order 14021, in which he proclaimed the policy of the executive branch would be consistent with the Supreme Court’s holding in Bostock, and would recognize that “on the basis of sex” includes discrimination on the basis of gender identity.[25] In other words, the President proclaimed that “sex” legally encompasses gender identity.[26] In addition, President Biden highlighted that Title IX of the Education Amendments of 1972 “prohibits discrimination on the basis of sex in education programs or activities receiving Federal financial assistance.”[27]

The Mississippi Fairness Act is a misnomer. The stated purpose of the act is to prevent transgender athletes from competing on a team matching their gender identity by explicitly defining “sex” as biological, based solely upon “the student’s internal and external reproductive anatomy.”[28] The law is a misnomer because it is anything but “fair” to the transgender athletes wanting to compete on teams based on their gender identity and expression. In denying transgender athletes the opportunity to participate in the appropriate sex-specific team, as “sex” has been interpreted by both the Supreme Court of the United States and by Presidential Executive Order, the law actually contradicts itself.[29]Mississippi Senate Bill 2536 is per se unconstitutional because, as a law contradictory to the Supreme Court of the United States, it violates Article VI, Clause 2 of the United States Constitution, also referred to as the “Supremacy Clause”.[30]

Unfortunately, there have been more than just a few polarized issues, such as slavery, abortion, and voting rights, whereby the states defy any federal actions by imposing their own contradictory laws. The central issue is evident by the name of our country, which is the “United” States of America. When states defy Presidential Executive Orders, which are in line with the Supreme Court decisions, they are dis-uniting the states. State-generated legislation, whereby transgender individuals are disenfranchised in any way, goes plainly against President Biden’s Executive Order and the Bostockdecision.[31] By knowing in the beginning that the state law is unenforceable, the states are tilting at windmills.[32]

Bostock was a landmark decision, furthering the rights of transgender individuals and prohibiting state-sponsored discrimination “because of sex.”[33] Since our government is based on laws, and those laws are composed of words, the meaning or interpretation of those words is crucial to our fundamental understanding of laws in this country. In Bostock, the Supreme Court of the United States declared that discrimination of a transgender individual is discrimination “because of sex,” which is a protected class warranting strict scrutiny by the courts.[34]

[5] Sonya Collins, When You Don’t Feel at Home with Your Assigned Gender, WebMD (May 20, 2021) https://www.webmd.com/sex/gender-dysphoria. 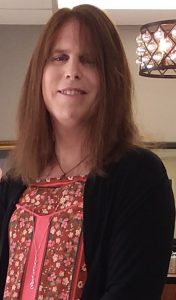 Sarah Schnaithman earned her bachelor’s degree in education from Baylor University, her Master’s in Linguistics from SUNY at Buffalo, and is a member of the University of Mississippi School of Law Class of 2022. She is an active leader in the TRANS Program (Transgender Resources, Advocacy, Network, and Support), is the Community Engagement Committee Co-Chair for the Human Rights Campaign of Mississippi, and is a Trustee for the Unitarian Universalist Congregation of Oxford. Sarah serves on the Dean’s Leadership Council as Co-Chair of the Professional Development Committee, which implements the 1L Mentorship Program, and is the Secretary of OUTLaw. Following her 2022 graduation, Sarah will sit for the Mississippi Bar Exam.