The National Collegiate Athletic Association (“NCAA”) is a non-profit organization that regulates college sports.[1] The NCAA accomplishes this generally by “​adopt[ing] and promulgat[ing] playing rules, standards of amateurism, standards for academic eligibility, regulations concerning recruitment of athletes, and rules governing the size of athletic squads and coaching staffs.”[2] ​It divides its participating schools into three competitive divisions; Division 1 (“D1”) schools receive the highest revenue and offer the most financial aid to their athletes.[3] These athletes do not earn a salary, but the NCAA’s D1 Bylaws (“Bylaws”) permit athletic scholarships known as “grants-in-aid.” These scholarships are capped at the cost of attendance (“COA”). The NCAA also allows some limited above-COA payments that are both related and unrelated to education.

Even though the NCAA is a non-profit organization, it is no stranger to antitrust litigation.[4] The Supreme Court first exposed an NCAA regulation to antitrust scrutiny in 1984.[5] The Tenth Circuit subjected the NCAA to scrutiny when it had “​promulgated a rule limiting annual compensation of certain Division I entry-level coaches to $16,000.”[6] In 2014, the Fifth Circuit reviewed the NCAA’s rule that allegedly “restrained trade [unreasonably] in the aluminum and composite baseball bat market.”[7]

Most recently, the Ninth Circuit scrutinized the NCAA’s compensation limits to college athletes. Plaintiffs (“Student-Athletes”), “[composed] of (i) FBS football players, (ii) D1 men’s basketball players, and (iii) D1 women’s basketball players[,]” challenged the limits in the Northern District of California in 2015 under section 1 of the Sherman Act.[8] The NCAA maintained that limits on compensation to Student-Athletes preserves “amateurism, ​which enhances consumer demand.”[9] The Court mostly disagreed with this theory, finding instances in the Bylaws where the NCAA allows “pay for play.”[10] Moreover, the District Court found no evidence that compensation above the COA was detrimental to the market of college sports. The Ninth Circuit Court of Appeals unanimously upheld the decision in May of 2020.[11]

If the NCAA appeals the decision, the Supreme Court should grant a writ of certiorari because it has not squarely addressed the antitrust implications of the NCAA’s limits on compensation to college athletes. The ​Board of Regents ​court seemingly presumed that ​all NCAA rules on amateurism were valid, including one that college athletes “must not be paid” to preserve the tradition of college sports.[12] The Court’s discussion on amateurism rules, however, were not part of the case’s holding. The court held that the NCAA could not exist without many of its rules (including the amateurism rules), so they are ​assumed ​procompetitive unless the record shows otherwise. In the ​Board of Regents ​case, the Court accepted the NCAA’s theory that its regulations on televising games preserved interest in college sports, but that interest was significantly outweighed by the regulation’s anticompetitive effects, including member schools’ inability to negotiate their own television contracts.

In the present case, the Ninth Circuit acknowledged that preserving amateurism served the procompetitive goal of “maintaining a distinction between college and professional sports,” yet it refused to hold that NCAA limits on compensation related to education preserved that goal.[13] The Court, in reaching that conclusion, adopted an alternative definition of “amateurism” from the District Court: “[n]ot paying [s]tudent-[a]thletes ‘unlimited payments unrelated to education, akin to salaries seen in professional sports leagues.’” The Court reasoned that definition is more consistent with the NCAA’s actual policies concerning compensation because “college sports have retained their distinctive popularity despite an increase in . . . above-COA compensation and benefits.”[14] Moreover, the Court emphasized that the ​Board of Regents ​“must not be paid” language was not a part of the Supreme Court’s holding, so it was not bound to accept the NCAA’s theory in the present case “‘valid as a matter of law.’”[15]

Turning to the present case’s concurrence, Judge Smith indicated the more practical reasons why the issue on compensation should be clarified. He wrote that since “college athletes work an average of 35-40 hours per week on athletic duties during their months-long athletic seasons,” they are often prevented from “obtaining internships or part-time paying jobs, and, as a result, often lack both income and marketable work experience.”[16] The physical demands on the players, including tens of hours of workouts coupled with broken bones and brain damage, are heinous given that they are barely compensated. Despite the lack of compensation, the NCAA and D1 universities use these players to make “​billions of dollars from ticket sales, television contracts, [and] merchandise.”[17]

In conclusion, the Supreme Court should grant a writ of certiorari if the NCAA appeals the Ninth Circuit’s decision. The NCAA’s limits on compensation are questionable, given that the NCAA and D1 schools receive billions of dollars of revenue. Furthermore, the NCAA heavily relies on the amateurism language in ​Board of Regents​ in its attempts to defend its compensation practices. There is no indication this was the Supreme Court’s intent in that decision, so the Court should revisit. 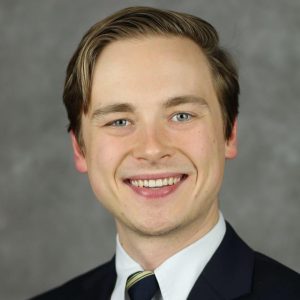 Cole is from Fulton, MS, and a member of the University of Mississippi School of Law Class of 2022. He graduated with a degree in Public Policy Leadership from the University of Mississippi. Last summer, Cole clerked for the District Attorney’s Office for Mississippi’s First Judicial District. Cole completed his honors thesis, “Medicaid Expansion under the Affordable Care Act: A Case for Mississippi,” for the Sally McDonnell Barksdale Honors College in 2019, which is available at thesis.honors.olemiss.edu.