While the word “pirate” generally evokes the image of a one-legged, eighteenth century bandit searching for ships to raid, the truth is that modern day internet piracy is an infinitely more commonplace crime than those that had previously occurred on the high seas. In 2010, $59 billion dollars’ worth of software was stolen worldwide, with illegal downloads accounting for 95% of music downloaded from the internet.[1]

The Pirate Bay was one such website that allowed its users to download a variety of illegal content for free. It was founded in 2003 by a Swedish anti-copyright group known as Piratbyrån, or the “Bureau of Piracy.”[2] Today, the website is still up and running via a hodge-podge of proxy servers. It remains the most popular site in the world to download files from the BitTorrent Protocol, a service that facilitates the distribution of illegal files, as well as legal files, on the internet.[3] While the torrents themselves are hosted elsewhere, the Pirate Bay allowed for users to find and download torrent links located elsewhere on the internet.

Since the conception of the website, the Pirate Bay has been aggressively pursued by anti-piracy groups, such as the Motion Picture Association of America (the “MPAA”).[4] On May 31, 2006, the Swedish police initiated its first action against the website.[5] After finding the location of the Pirate Bay’s server room, the police conducted a raid which yielded enough computers to fill three rental trucks.[6] Three days later, the site was back up, now based in the Netherlands.[7] To the chagrin of the MPAA, the raid only brought more attention to the website, and thus more traffic.[8] It would not be long before the site would move back to Sweden.[9]

Twenty months after the 2006 raid, the first major legal battle would begin against site operators Gottfrid Svartholm, Peter Sunde, Carl Lundström, and Fredrik Neij, who were charged with aiding copyright violators while holding a commercial interest in the site itself.[10] The trial started on February 16, 2009 in the Stockholm District Court.[11] Specifically, the operators were charged with both “assisting copyright infringement” and “assisting making available copyrighted content,” a lesser charge.[12]

The defendants portrayed themselves as ardent champions of free speech, arriving to the court in a party bus riddled with a myriad of slogans.[13] In their view, they were simply hosting a file discovery service, not the files themselves. Ultimately, this would garner them a big break when the prosecution failed to convince the judge that illegally copied files had actually been distributed on the site.[14]

In turn, the prosecutors were forced to drop the “assisting copyright infringement” charge and proceed instead with the lesser “assisting making available copyrighted content” charge.[15] The Pirate Bay founders openly blogged about the ongoing trial throughout the entire ordeal.  Across the world, many people celebrated and hoped for the eventual release of the defendants.

Despite their early wins, the Pirate Bay founders were eventually convicted when the court announced that they were in fact complicit in copyright infringement.[16] Sentencing included one year of jail time for each of the accused, as well as a fine totaling $3.6 million.[17]  At conclusion of the trial, the defendants stated that they would be appealing the court’s decision to the higher court.[18]

In 2012, the Swedish Supreme Court declined to hear arguments from the defendants, ordering them to pay the awarded damages and serve their year in prison.[19]  Even though the court finalized their sentencing in 2012, the founders would not serve their sentences until sometime later, with the last one finishing his term in jail in 2015.[20]  As of 2020, the site is still up and running; however, it often changes domains in order to avoid permanent closure. 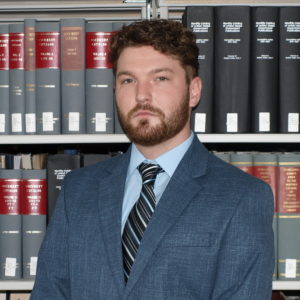 Skye is from Hattiesburg, MS, and a member of the University of Mississippi School of Law Class of 2021. Skye graduated with a degree in Legal Studies from the University of Southern Mississippi in 2018. After graduation, he will be sitting for both the Mississippi and Tennessee bar exams. Last summer, Skye interned for Judge Michael Parker at the United States District Court for the Southern District of Mississippi. He also interned with the General Counsel of Jones Companies in Hattiesburg, MS.